How to fight single-use plastics by running 4,916 kilometers across the United States

Foot races are often used as metaphors for great challenges. And there are some that impress with their magnitude and their message. Sam Bencheghib’s race is one of that kind. This young man, who founded Make A Change World with his siblings, has been running non-stop across the United States for more than 6 months to raise awareness of the pollution generated from the use of single-use plastics. More than 4,900 kilometers and several pairs of sneakers made from recycled plastic for an epic adventure.

We connected with Sam by video call. He's just outside New York City, ready to tell us the story of his great career. So: ready, set, go! 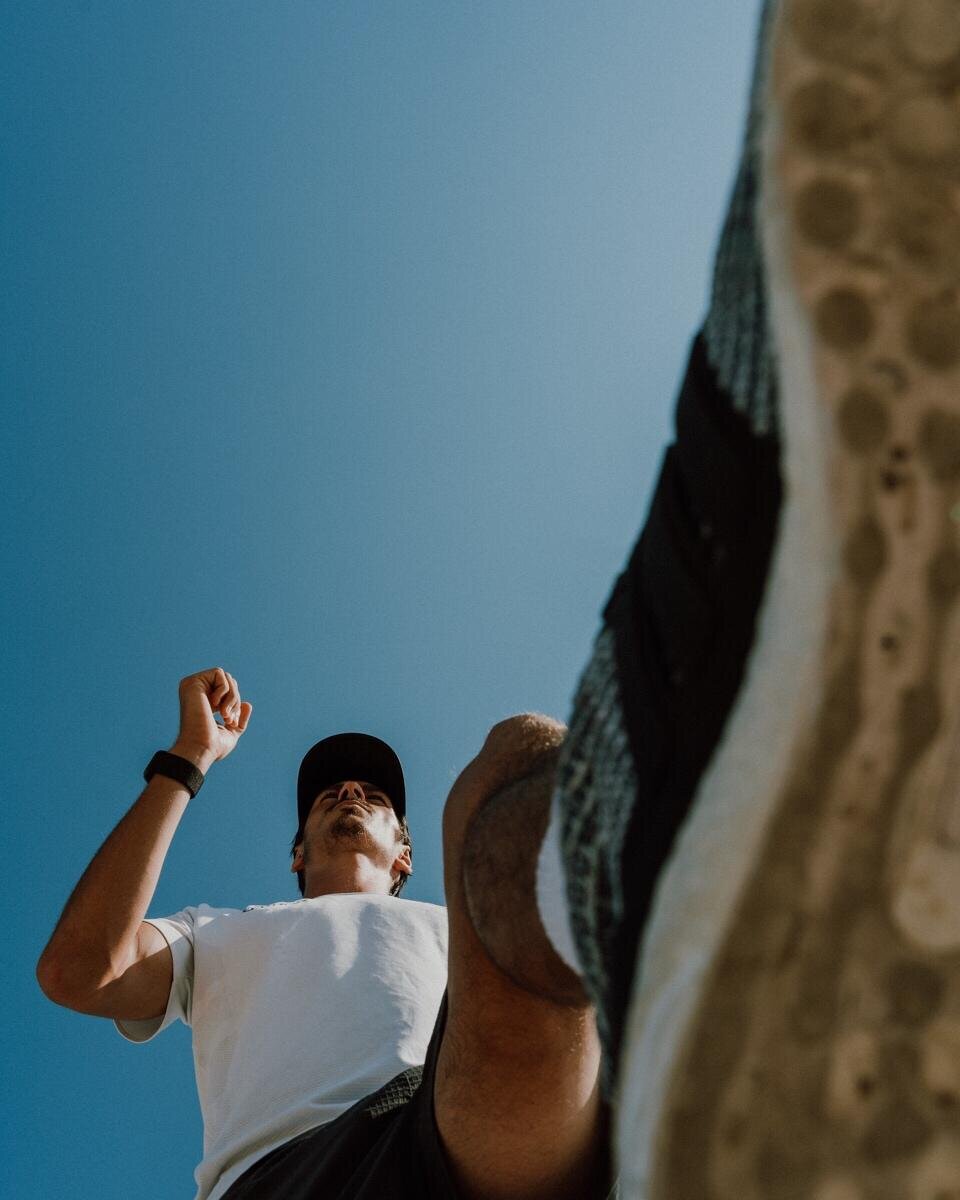 How your commitment to the environment begins?

I grow up in Indonesia, in Bali. It was a beautiful island, with beautiful beaches and crystal blue seawater. I spent a lot of time on the beaches, but quickly I started to see so much plastic accumulated. At one point, it was so bad that I didn’t want to go to the beaches anymore. When I was 12 years old and my brother Gary was 14, we started cleaning up the beaches every weekend to try to make a difference. We quickly realize that beach clean-ups are amazing, but the next morning the beach looks bad again. That is because so much of our plastic is coming for rivers. So we started focusing on rivers, on education, and trying to raise so much awareness. And that’s is how we started with this concept of “No idea is crazy enough”.

What was the first “crazy idea”?

In 2017, we descended one of the most polluted rivers in the world, the Citarum River (located in Indonesia) in two kayaks made with 300 plastic bottles. Also, we took two cameras with us, to film ourselves and release the videos on social media. Overnight the videos went completely viral: we got a few million views on Facebook. We thought it was going to be a small awareness campaign of two young brothers, but we actually convinced the Indonesian President to clean up the river. He told us on camera that he was going to hire 7,000 military soldiers to clean the river for the next seven years. That really showed us the potential of these crazy ideas and the power of social media.

After the Citarum expedition, I graduated from college and started thinking about what big project could catch people's attention in the US. So I came with this idea of run from the Atlantic to the Pacific Ocean with sneakers made from recycled plastic bottles. It was about bringing the two oceans together in the middle of America to create the maximum impact possible.

How did you personally prepare to run across the United States?

Well, I wasn’t a runner. Actually I’ve never run a marathon or half marathon, but I really believed in the concept. I had five months to train, to push myself every day to run at least five kilometers, just to get my body used to the pounding and the repetition. I took a lot of care of my diet and my sleep. Also, I did a lot of physical therapy for two and a half months, because my biggest concern was to get injured.

In addition, there was so much logistic planning. Find a vehicle, sponsors, filmmakers. And also, the main purpose of this run was to raise awareness, so I spoke to 10,000 people along the way. Organizing these meetings is very complicated. Such a planning nightmare!

How was all that part about engaging with the community?

That was the biggest goal. The priority was school students because I really believe in the power of youth. By the year 2048 is going to be more plastic in the seas than fishes. Because of that, it’s important to make these young people realize this is a much bigger problem than they think. If you are in Kansas, in the middle of the US, it’s really difficult to realize that rivers carry your plastic to the oceans.

About the politicians, I spoke to many of them. Unfortunately, I quickly realized that plastic lobbies and manufacturers are huge sources of revenue for the US and also for certain States. And because of that, many states have banned cities and municipalities to ban plastics. That was a sad realization for me, but I still tried to meet with as many politicians as possible to hopefully just inspire them to be role models for their communities.

How this adventure has changed you?

In an expedition like this, when you are by yourself during so much time, you have a lot of time to think. You’re pushing your body to limits that you'd never thought before. It showed me how much potential the human body has. It also really encouraged me to keep fighting against plastic, because this country (the United States) is one of the most developed in the world but it’s still so behind when it comes to plastic. That fuels me more to continue fighting.

I guess that living on the road for six months teaches you how a little you need to be happy. Sometimes I wasn't able to shower for 15 days in a row and I realized that it was OK.… That kind of small gesture makes you realize that you don’t need much.

What was the most difficult part?

There was this moment in Flagstaff (Arizona) when I had 800 kilometers to go. My left foot was very swollen, my Achilles tendon was three times the normal size. I couldn’t run, so we went to see a doctor. The doctor said I need to stop running, but I told myself that I couldn’t stop and delay the event. I took one day off and then I got hiking poles, and I just push through the pain. Instead of run, I walked for two weeks, 12 hours a day.

The mental aspect is also really important. You’re always extremely tired but you have to run a marathon every day.

The final day was definitely amazing. I was surrounded by my loved ones, the sponsors… When I had three miles to go, I had 70 people running with me, cheering me on. It was the most beautiful feeling. I stand in the ocean for 5 minutes just realizing: “This is finally over”.

How is it to come back to normal life after this experience?

It’s such an abrupt end after 6 months of adventure. It’s definitely nice to be back in normal life. But now if I just sit on the couch and don’t do anything, I feel that I need to do something. I think I got a really good work ethic about how to work with focus.

Of course, it feels good to relax, to be able to work on other things. Now it’s a good time to reflect. I’m thinking about what can we do to come out of this stronger and protecting our planet for future generations to come. 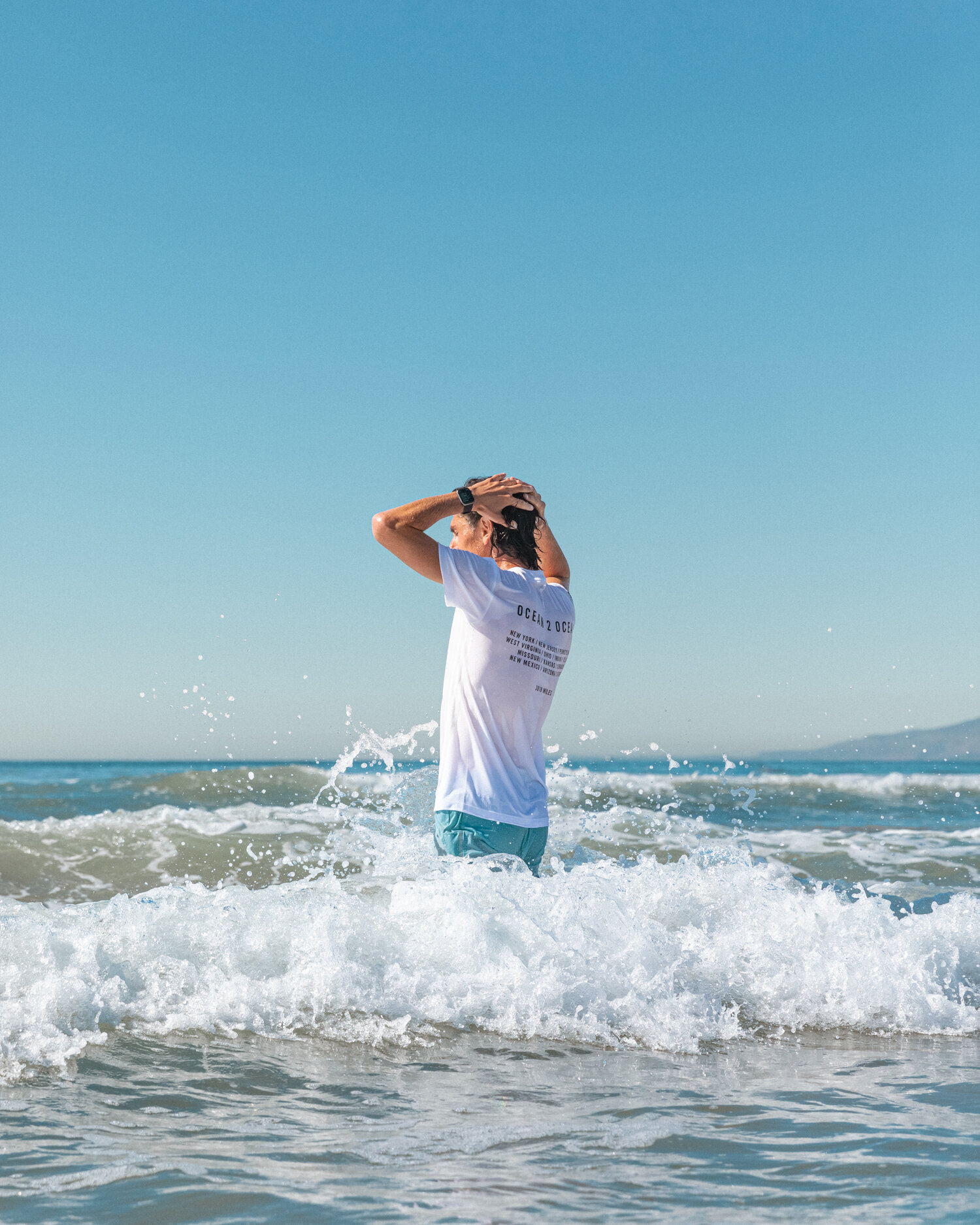 Do you have new challenges or ideas on your mind?

At Make A Change World we’re trying to become a sustainable media company, using our passion for filmmaking and share stories. And now we’re working on a documentary of my run.

We’re also very present in Bali. Focusing on the rivers, we’ve engineered two systems to intercept plastic in the rivers before it goes down to the sea. We’re working to try to replicate these solutions to as many rivers as possible, working with local government and organizations. Our goal is to protect 100 rivers by the end of 2020, being the go-to platform to river protection. Not only cleaning up these rivers but also collecting all the trash to recycling it. And collecting live data for people to track online how much plastic is getting collected for each solution around Bali.

What can be the starting point for a solution to the plastic pollution problem?

This is everybody’s problem. It really starts with the first step, reducing your single-use consumption as an individual, get buying it’s logic bottles, for example. You should be asking yourself what can you be more sustainable in the long run. But I also strongly believe that politicians are the ones that have to stand up. They’re the leaders of our communities and can have an amazing impact. And, of course, the education: I think that climate change should be a school course, to raise awareness among the new generations.

If you are interested in knowing more about Make A Change World, you can visit their profiles on Facebook or Instagram.
You can check our products here or keep reading other interviews and articles here.